My Greatest Mommy Moment- Not! by Carolyn Aspenson

Writers do other things aside from obsess over characters and plot points- believe it or not. Here, Caroline Aspenson, author of Unfinished Business and the upcoming Unbreakable Bonds,  talks about another very important aspect of her life and one of its more memorable moments.

About fourteen and a half years ago I gave birth, sort of, to a bouncing, screaming, eight-pound baby boy.  I say sort of because after thirty-six hours of induced labor with contractions a mere minute apart, the doctor decided I couldn't actually pop the fatty out of my netherlands and he needed to be surgically removed.

Trust me, after thirty-six hours of labor, I didn't care how he came out, I just wanted him OUT! So a C-Section it was.  After a few minutes of watching my husband's face turn green (I later found out he watched the doctor remove most of my insides and place them on the table) I finally heard the whaling sound of a Winston Churchill lookalike bundle who either wanted to be stuffed back into where he came from or was screaming in excitement about his release. I'm not sure which and though I've asked him many times, he doesn't remember either.

Fast forward four and a half years and my son and I talk about where he came from. To this day, he remembers his skeleton hanging on a meat hook in Heaven and God releasing the hook when I walked by so he could drop into my belly. Hey, who am I to say he's wrong?  After he told me how he got in my belly, I told him how he got out.

I showed him my scar, waxed on poetically about how amazing it was for the doctor to pull out this monster-sized baby from a three-inch hole in my body. He rubbed his little fingers along the thin line, back and forth, over and over. It was an amazing bonding moment. I told him how I threw up something that looked like a garlic clove after almost choking on it because my tongue was so dry and I was sure it had swelled up to the size of a tennis ball. Okay, I didn't really tell him that but compared to the message he got from me, it would have sounded much better.

A few days later he began the pounding on the closed door thing most kids do. If he woke up before my husband and me, he'd come to our bedroom for a little snuggle before heading downstairs to rot his brain with Disney or Nickelodeon.  Sometimes though, the door was closed and GASP! locked and the boy would freak. He'd pound and pound and say Mommy over and over until I couldn't stand it anymore.

You know why the door was closed, right?

Out of sheer desperation to stop the madness and allow myself a little, shall we say, intimate gratification, I decided to talk to my son, you know, like woman to man. Because he was four and would totally get it, right?

I explained that sometimes Mommy and Daddy needed to have alone time and that he if the door was closed, he could just forego the whole knocking thing and head down to rot his brain. He wanted to know why we needed alone time. So me, in my vast parental knowledge, told him that Mommy and Daddy were practicing making babies.

It worked because he stopped knocking on the door for several weeks. I was pleased. I high-fived myself. I celebrated. My husband reaped the rewards of sealing the deal, if you will, uninterrupted. Life was good.

One night, while snuggling with my son at his bedtime, he told me he didn't want me to have the door closed that next morning. When I asked him why, he said it scared him. Of course I told him it was okay, that we were still home, he wasn't actually alone and that it never took too long to practice making babies anyway so before he knew it, we'd be downstairs with him and life would be okay.

He said he wasn't afraid of being alone (brave little whippersnapper that he is) but that he didn't want us to practice making babies anymore. He said that's what scared him.  I laughed. I told him not to worry because practicing didn't mean he'd have a little brother or sister any time soon.

He said he wanted one but not that way. I didn't understand and I told him that. His response?

"Mommy, I don't like that Daddy cuts your tummy open so many nights in a row. I don't want you to practice making babies anymore. It scares me."

I face-palmed myself. The poor kid thought his father was cutting open his mother so many nights in a row.  It wasn't that often, much to my husband's frustration!

So as it turned out, my son got the entire where babies come from story at only four and a half years old. It was either that or years of expensive therapy.

What stellar mommy moments have you experienced? Let me know. Leave me a post on my Facebook page. 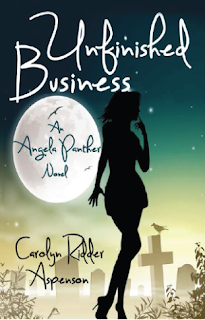 "It's about ghosts, the love of family, the never-ending love of mothers and daughters...add some humor and it's the perfect combination of adult/chick- lit/paranormal (all in one book)." - The Book Trollop
"Aspenson hits the ground running with her debut novel and carries the reader along on a rollicking adventure highlighting both the joys and conflicts of mother-daughter relationships." - Katrina Rasbold
ANGELA PANTHER HAS A PERFECT LIFE:  A lovely home in an upper-middle class Atlanta suburb, an attentive, successful husband, two reasonably behaved children, a devoted dog and a lot of coffee and cupcakes.

Angela spends her days taking care of her family and while her life might border on mundane, she's got it under control. Until her mother, Fran dies-and returns as a ghost.  It seems Fran's got some unfinished business and she's determined to get it done, no matter what.

While Angela's shocked and grateful to have her mother back, she's not thrilled about the portal to the afterlife Fran opened upon her return. Now every ghost in town is knockin' on Angela's psychic door, looking for help.  And it's a royal pain in the butt.

Death has given Fran some nifty celestial superpowers-powers she uses to keep her granddaughter out of danger and to levy a little ghostly retribution on the child's frienemies, which doesn't make Angela happy.

Now Angela's got to find a way to balance her family life with her new gift and keep her mother in line. And it's a lot for one woman to handle.

Carolyn Ridder Aspenson tackles, with comic cleverness, the serious subjects of mother-daughter relationships, death and raising teenagers in this smart, funny take on the love of family and the uncontrollable paths our lives take.

--
Where to find Carolyn:

Where to buy Unfinished Business: