The next installment of The New Pioneers: Needs, Wants and Other Weaknesses (Book 6)

I am so excited to finally be able to share a preview of my latest novel. This will be released on October 3rd. A big thanks to Mia Darien and Erin Cawood for helping me pull this together, and another shout out to Caroline Fardig for helping me nail down the synopsis.

This is still the universe of The New Pioneers, and you may remember Detective Robert Teague from The China Doll and Let's Move On, but otherwise this is a huge departure for me. I felt pretty comfortable talking about politics in The Golden Boy Returns, but I squirmed as much as anyone would talking about the dark places and people in this book. This isn't about human trafficking as much as it is the banal human exploitation that goes on every day...and one person who decided to do something about it. 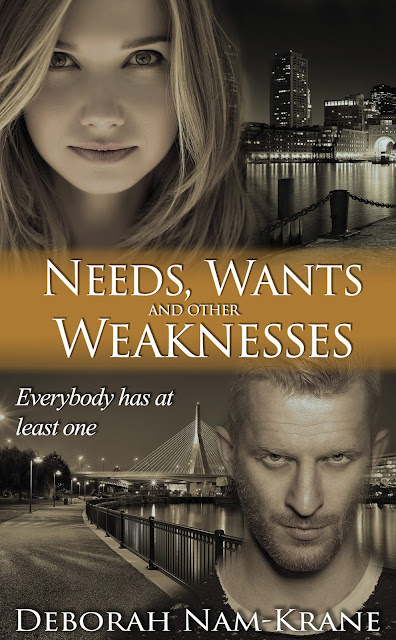 Boston Police Detective Robert Teague risked his professional reputation to close the case that ruined his father. He burned a lot of people to do that, and after six years the captain who saved his job hasn’t forgotten how much Robert screwed up. A detective of his experience should have something better to do than chasing down a complaint against a paroled convict, but maybe that's why his gut is telling him something doesn’t make sense. Why did this boyfriend pimp get such a light sentence in the first place, and why did one of Boston’s most prestigious law firms represent him? And what is it about the complaining witness that makes her less reliable every time he talks to her? (The fact that she’s using an alias isn’t helping.)

Even a hard-boiled cop would be shocked by the world Hannah Bruges has been slipping in and out of since she was a young teenager. Counterfeiting, child prostitution and slave labor in all its forms make the world a miserable place, and Hannah knows better than most how evil it can be when no one cares. When anyone can get what they want at every level of a dark market, nothing’s as cheap as a human life. Robert would be happy to close the case if Hannah didn’t keep walking into trouble and dragging him into it with her. And if he’s honest, the detective in him wants to know what she’s really after: the people the law can’t find, or the person no one bothered to look for?


There’s always someone who can give you what you want and what you need, but nothing comes without a price. How much are you willing to pay when it’s someone you love?


Buy it on Amazon
Posted by Deborah Nam-Krane at 12:00 AM No comments: