An interview with Caroline Fardig, Author of It's Just A Little Crush: A Lizzie Hart Mystery

I thoroughly enjoyed Caroline Fardig's Chick Lit Mystery, It's Just A Little Crush. I can't wait to see what other trouble Lizzie is going to barge her way into next.

Caroline and I laughed our way through this interview (except for the part in which she says she's not a Nancy Drew fan, because that's just wrong). I hope you enjoy, and I encourage you to give Lizzie a whirl. 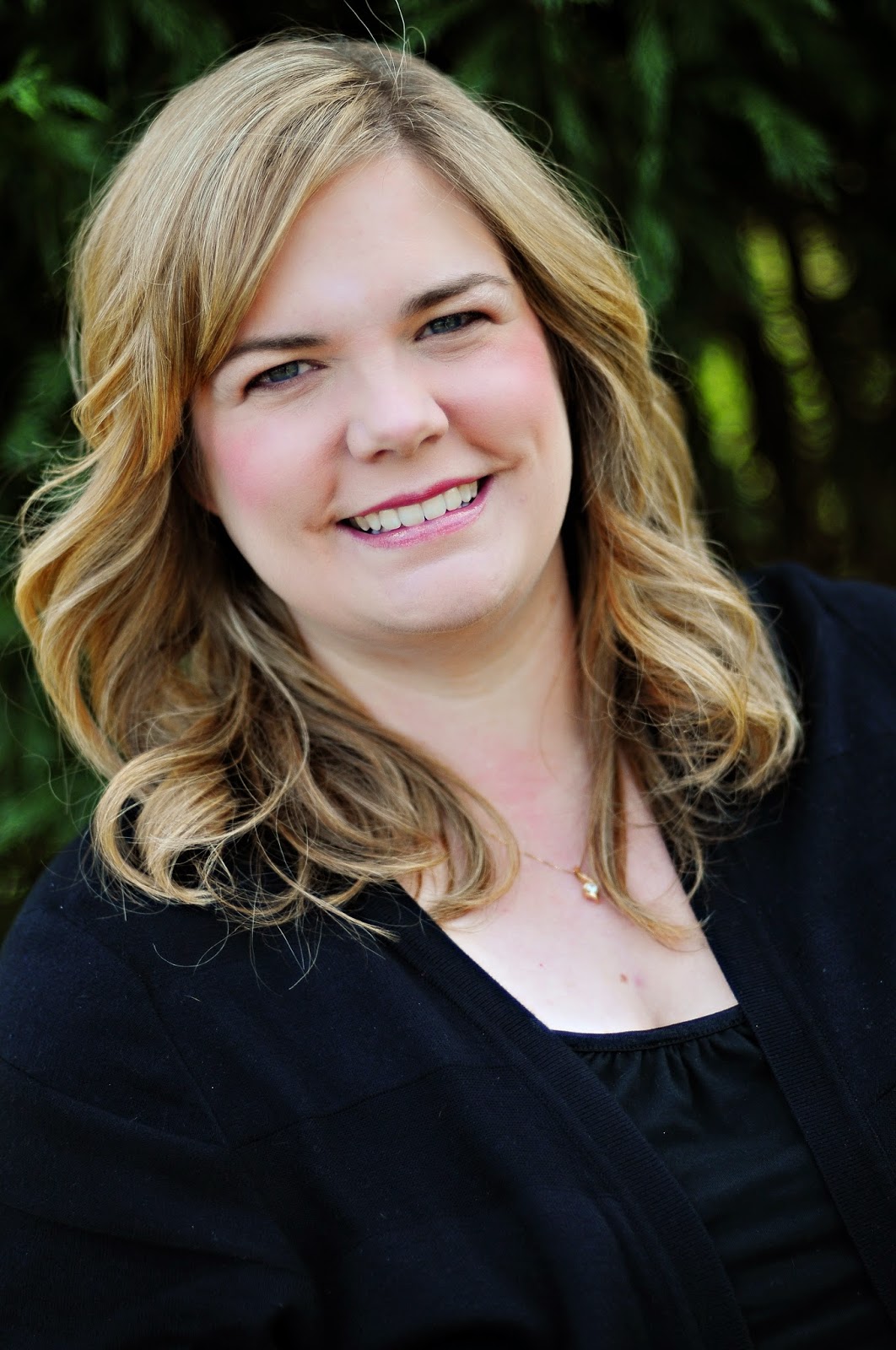 Lizzie is one of the funniest amateur detectives I've ever read, but I totally see her as a modern, grown-up Nancy Drew. Were you a big fan of Nancy's when you were younger?
Thank you!  I was not a Nancy Drew fan AT ALL.  I was a die-hard Trixie Belden fan, and as such, I could not be seen reading her competition!  Trixie is headstrong and doesn’t take crap, just like Lizzie, which is probably why I liked her so much.
Obviously, you're a writer, but you made Lizzie an editor who has zero patience for poetic license. What was your thinking behind that?
It’s kind of a joke on me.  When I was little, when an adult asked me a question, I would always answer yes/no or with the least amount of words.  I wasn’t much of a talker.  My parents tried to get me to be more conversational by telling me, “When asked a question, answer it, and then add a little something.”  Like if someone said, “Caroline, I like your yellow dress.”  I should answer, “Thank you.  Yellow is my favorite color.”  Conversationally, Lizzie is the adult version of little Caroline (but the one who never learned to add a little something).
Lizzie is also a straight shooter who becomes irritated when other people won’t get to the point, which is why she’s good at her job.  As copy editor, she keeps the overly verbose journalists’ stories relatable to the general public.

One of my favorite scenes was when Blake did his version of Lizzie's fire story. As a writer, it kind of made me squirm. Do you ever have moments like that in which you've written something and you think, "Oh come on, cut to the chase!"?
That was the intention!  And yes, I have a particular chapter in Book 3 that is a lot of conversing and not a lot of action.  The conversing has to happen, but I’m trying to find a way to spice it up a bit!
The story opens with Lizzie almost literally falling all over herself because of Blake, but as we read more we start to see that that's really uncharacteristic behavior for her. What is it about Blake that's so appealing to someone as independent as Lizzie?
Did I mention that he’s smokin’ hot?  I think part of Blake’s appeal is that he’s unattainable (or so she thinks), and she’s almost made him her pretend rebound from her previous relationship.  It didn’t end well, and we’ll visit that in the second book.  Lizzie is famous for shielding her heart so it won’t get hurt, and what better way is there than to lose herself in a crush?

Are we going to find out why Lizzie is so determined to shield her heart?
You’re going to wish you hadn’t asked.  It’s all coming out, and it ain’t pretty.
At first glance, you can't help but think, "Really? All that, in a sleepy little Midwestern town?" What made you decide to set your story there?
Are you kidding?  All of the action is in small towns!  In any given small town, you’ve got infidelity, backstabbing, and gossip galore.  Granted, there probably isn’t as much crime as in bigger cities, but when there is, it can be jaw-dropping.  There have been several murders over the years in my area whose shocking events would have rivaled those in any thriller.  I prefer to set stories in small towns because I like for the characters to all know each other and be interconnected. 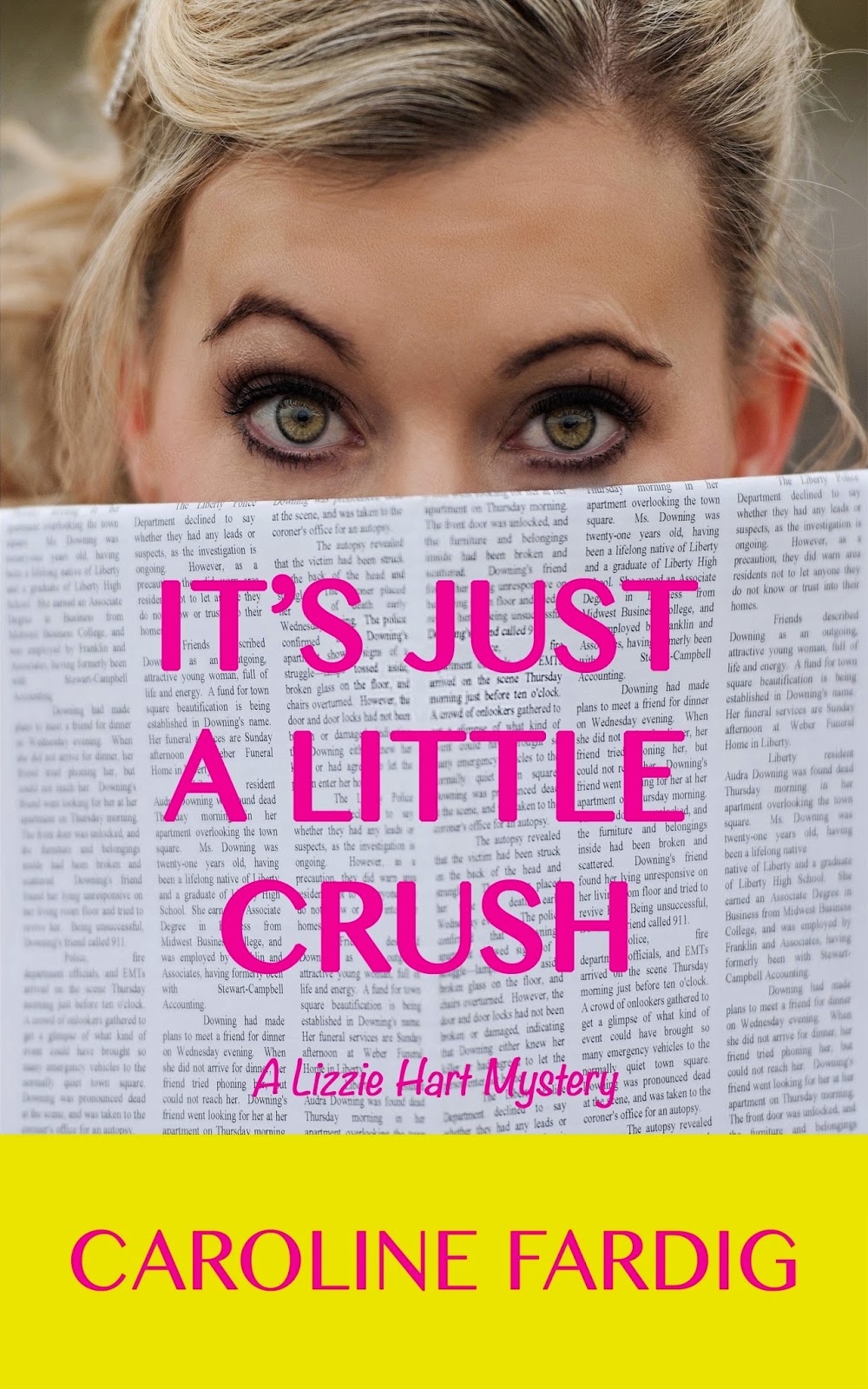 Not to give too much away, but as Lizzie's best friend says, murder is either about love or money, and in this book it's definitely more one than the other. Are we going to see more of the other motive in the next book?
Hmm.  So I won’t give too much away, let’s just say that Lizzie’s motive in investigating this murder is definitely about love.  Her ex-boyfriend’s brother is murdered, and Lizzie owes it to her ex to be there for him this time.
As I was reading, I couldn't decide whether I wanted Lizzie to live happily ever after with Blake or send him packing in his fancy Porsche, even at the end. Blake can be heroic, but he's clearly hiding something else. When are we- and Lizzie- going to find out what that is?
Ah, Blake.  I love that man.  I don’t think that he’s necessarily hiding something as much as he’s protecting his heart.  I’d like to let him deal with his feelings about getting left at the altar at some point, and I think a catfight between Lizzie and his ex-fiancée would be epic.
Who were some of your mystery writing influences?
For starters, Julie Campbell, author of the first six Trixie Belden Mysteries (which were always the best), showed me that you could craft a great mystery that was still easy enough for kids to understand.  I also love how Meg Cabot, Gemma Halliday, and Wendy Roberts tell their stories, with plenty of romance and wit to balance the mystery.

What else do you have planned after the sequel?
Lizzie is going to be around for a long time.  I have Book 3 written, and it’s called Bad Medicine.  There’s an evil chiropractor involved, hence the name.  Book 4 is in my head, as is Book 5.  Lizzie is going to get to take a little vacay to Hawaii in that one!

Lizzie knows a couple of characters, but my favorite was her cousin, the hot mortician. Any other fun characters we're going to meet next?
Lizzie’s nemesis, Bethany, is going to get a lot more screen time, or I guess…page time, in the future.  She’s her own brand of crazy.
Of all of the characters is Lizzie's universe, who's your favorite, aside from Lizzie?
Blake, of course, but there is a seriously hot detective coming up that I wouldn’t mind frisking me!

--
About It's Just A Little Crush:

The sleepy town of Liberty hasn’t seen murder in…well…ever.  Residents are stunned when the body of a young woman is found strangled, and reporters at the Liberty Chronicle are thrilled, rather disturbingly, over the biggest news story to hit town this century.
Lizzie Hart has even bigger problems.  Lately, she can’t seem to concentrate on her job as copy editor at the Chronicle with the new hunky investigative reporter, Blake Morgan, swaggering around the office.  How can a girl work when she’s using all of her energy combating Blake-induced hot flashes and struggling to repress the giggly inner schoolgirl that’s constantly rearing her dorky head?  It’s a good thing that Blake barely knows Lizzie exists.
After an odd string of events, however, Lizzie begins to wonder if Blake is really as fabulous as she has fantasized.  When Lizzie and Blake find a co-worker dead, Blake’s personality changes completely—and not in a good way.  Even though the police rule the death as an accident, Lizzie immediately suspects foul play and senses a connection to the recent murder.  She is determined to bring the killer to justice, but is having some trouble getting her Nancy Drew on thanks to the pesky stalker she’s picked up—Blake Morgan.  Wait, didn’t she want him to follow her around and pay attention to her?  Not like this.  Blake has turned from cool and smooth to cold and downright scary, making Lizzie wonder if he should be next on her suspect list.

About the Author:
CAROLINE FARDIG was born and raised in a small town in Indiana. Her working career has been rather eclectic thus far, with occupations including schoolteacher, church organist, insurance agent, funeral parlor associate, and stay-at-home mom. Finally realizing that she wants to be a writer when she grows up, Caroline has completed her first novel, It’s Just a Little Crush, and is currently hard at work churning out a second novel in the series. She still lives in that same small town with an understanding husband, two sweet kids, two energetic dogs, and one malevolent cat.
Social Media
Caroline's website
Caroline's blog
Twitter
Facebook
Media inquires