I have nothing to add about the violence against African Americans that everyone else hasn't already said. It's horrifying, and it seems to defy the rule that people get numbed to something the more they're exposed to it. I haven't seen the video of George Floyd's final moments because the descriptions themselves are so sickening.
I will only add this: when I was younger, it took me years - years - to understand the deeper meaning behind the casual, common graffiti that read "John Doe was here". It wasn't until I was in my early twenties that I realized it was someone simply memorializing that they had, indeed, been in that particular spot. It was so self-evident that someone who searches for deeper meaning, who's always so sure she isn't getting it, missed it. I consider the statement "Black Lives Matter" to be as self-evident. That other people have to repeatedly shout back "White Lives Matter!" or "Blue Lives Matter!" or "All Lives Matter!" seems to both miss and at the same time confirm the point. Are those people also searching so intently for a deeper, presumably more sinister meaning that they're missing the obvious? Or do they simply disagree?
This was my weekend (forgive the artless segue): My husband and I took one of our sons out for a walk on Saturday. We've been cooped up for far too long in our apartment, and I miss my city and the feeling of my body moving for significant periods of time. (Sadly, my home workouts weren't giving me the movement I need.) It was sunny but not insufferable, so I literally dragged my husband and son through parts of Chinatown - in case you're wondering, it's still a ghost town - down to South Station, and then along part of the Harborwalk before my son politely asked if I'd had enough of a walk yet. I hadn't, but I took that as a cue to head back any way.
On Sunday, even after working out at home, I still needed both more of a walk and more of my city. So my husband kindly agreed to another round of torment and let me guide him through Beacon Street, to the Charles Rives, then up Charles Street, before landing in the Public Garden for a break, and then continuing down Boylston Street under we were back where we started. It was a beautiful day, and though I was freaked out seeing sooo many people along the Charles and in the Public Garden, I understood why we all needed to be out.
I felt bad that I didn't hear about the protests until after I'd returned home and my husband and I were both in need of a nap. I wanted to show my solidarity, and I do try to show up for these things when I can. But maybe it's a good thing I didn't go out.
The protests were, by most accounts, hearteningly positive until they weren't. Things apparently got out of hand between 9 and 9:30 PM, and by out of hand I mean there was looting and violence. People have already talked about Newbury Street and certain parts of Downtown Crossing, but my heart went cold when I heard that there was damage in other parts of Back Bay. This is what I saw today on Boylston Street, apologies for picture quality. 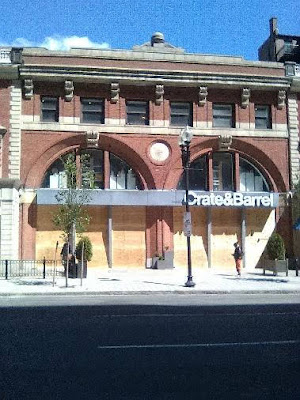 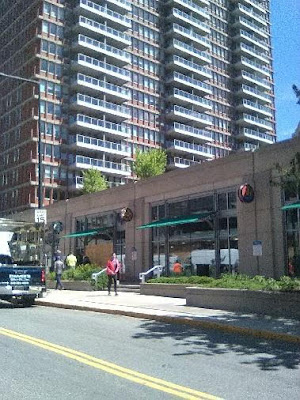 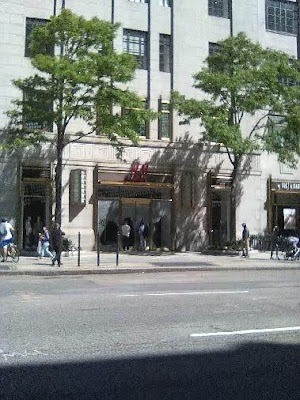 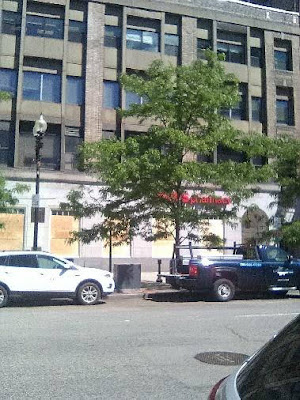 The CVS my husband I stopped into yesterday 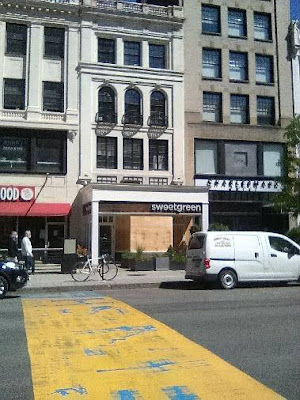 Sweet Green, and yes, that's the starting line for the marathon that didn't happen this year 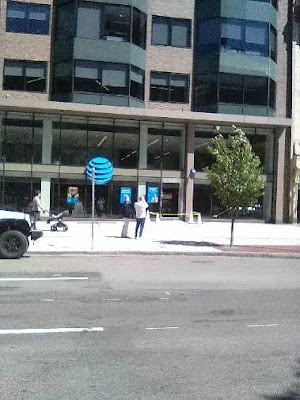 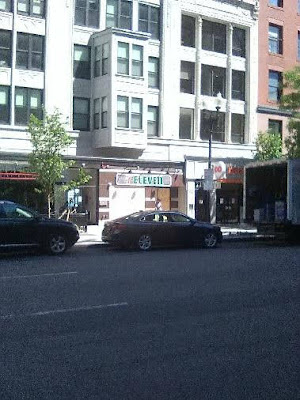 7-Eleven
There was also damage to Lord & Taylor, but someone was doing work on the windows, and I didn't have the heart to angle myself at that moment to get a picture.
I feel fortunate that I got to see this part of town with my family before all of this happened, because I feel like something is now gone.
Most people are not going to understand why the vandalism here causes me to feel a tremendous sense of loss. I don't live in that part of town, and where I do live was just fine. I can only tell you that I have been going to that part of town since I was twelve and discovered the Boston Public Library, and the loss of so many of the surrounding stores during those thirty-five years to gentrification and "the market" has left me with that emptiness we call nostalgia. The fact that more of those were compromised, if not lost, to other factors last night feels like someone yanked even more away from me. I get that people are angry and that they grapple with things much worse than what I described, but don't expect me to thank them for what they did. The fact that they did this while other people were protesting sickening systemic injustices outrages me.
The good news is that the Boston Public Library, my haven, is safe. I'm not sure what I would have done if that building had been harmed. And so is the Barnes & Noble at the Prudential Center, the site where I used to have regular meetings with a group of writers before lockdown and where I am hoping we can continue to meet when this is over. (When I realized that people had vandalized Neiman Marcus and Saks, both in the same mall complex, my first concern was whether they had gotten into the book store.)

The better news, of course, is that the officer who murdered George Floyd last week has been charged with third-degree murder. May he be brought to justice as soon as possible, and may no other lives and livelihoods be lost to people like him.
Deb in the City
Posted by Deborah Nam-Krane at 1:22 PM