An Interview with Lisette Brodey, Author of Hotel Obscure

One of the best parts of my job is meeting other indie authors who write stories I "believe in". And when they are professional and kind to boot, I feel like I've hit the jackpot. Lisette Brodey is one such author, and I thought her most recent book, Hotel Obscure, was one of the best collections of short stories I've ever read. I'm so grateful that she was able to take some time out of her busy schedule to talk to me about her book and her writing.

Why did you need to tell these stories?

I wrote the first story (not the first story in the book) because I was working on a YA paranormal series and I was tired of having to adhere to some of the restrictions (especially language) for a YA audience. So, while I was waiting for edits on the first book, I felt the need to write something very different.

Now that you’re asking, the first story I wrote, “To Be Perfectly Frank,” was from a decades-old idea that I had never developed. And it took place in a run-down urban hotel. I can’t even tell you if that’s why I decided to set the entire book there, but it’s very likely. (See the things you learn about your own work when doing an interview?)

Also, because I think that most of us have misconceptions/stereotypes about groups of people, no matter what the common denominator, I wanted to focus on this small population of people, bring them out of obscurity, and let their individuality shine. Too many people are hidden away in real life and categorized as someone or something very different from who they genuinely are.

You have very colorful characters in Hotel Obscure. Who, if anyone, were they inspired by?

Sometimes, when I’m out and about, I see interesting people and I sneak photos of them. Two such photos turned into supporting characters, right down to their clothing and hair.

Some of the stories and situations are based on homeless people who I know. But in most of my work, characters, if based on anyone in particular, are always hybrids. 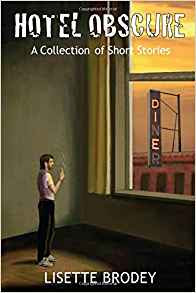 Many of Hotel Obscure's residents lived in bleak circumstances, but there was a tinge of humor in many of the stories. Was that a conscious choice?

Absolutely. I can’t write without humor. If I wrote the darkest, bleakest story in the world, humor would probably find a way in there at some point. But I never force it. Just last night, I was watching a trailer for a film (I see a lot of movies), and I saw the character crack a joke that seemed contrived and forced. I’m noticing this more and more in films. I don’t ever want to force humor. Yes, it helps to balance out the darkness, but I’d rather stay in the dark than try to be funny for the sake of it.

On a different note, because this is a collection of seventeen themed short stories taking place in and around a run-down hotel, I purposely wanted some stories to be more lighthearted than others. I wanted to mirror real life as I see it.

I really thought you nailed the noirish underside of urban life, the one that’s the twilight zone of sparkly dreams that not only don’t come true, but sometimes even turn on the dreamer. To what extent was that mood inspired by things you might have seen working in the urban underbelly?

As I said earlier, I have seen a lot, been told a lot, and imagined a lot from what I’ve seen.

Having spent many years of my life in both New York City and Los Angeles, there’s a lot that has seeped into my brain. Before I go any further, I should say that while I am from the Philadelphia area, I never lived in the city.

In Queens, New York, I worked as a bartender at several places, so I believe that my experiences doing that brought me in contact with many kinds of people. But that’s a very tiny piece of the pie. I cannot isolate the experiences that found their way into my stories. I can only say that most everything I’ve seen has had some impact on me, whether consciously or subconsciously. I know that my years of being a people watcher (both in cities where I have lived and traveled to) has had a profound impact. I would imagine this is true for most people, whether writers or not.

Which characters stayed with you the longest?

That’s such a tough question because every single character in the book had to impact me in order to even hang around. One of my favorite characters is the one in the first-person story called “Via Dolorosa.” She (who has no name) came from a life of privilege and unapologetically tells the story of her sad journey. She’s strong and she’s content, though not necessarily happy. She’s a survivor.

The star of the last story in the book, “Ellmore J. Badget’s Most Unusual Day” is maybe my favorite character. Ellmore is a man who has survived by routine, living every day as a near carbon copy of the one before it. I loved getting to know him and seeing where his story went.

I just loved some of the names you used in HO. Are you pulling from any other works when you come up with them?

I pulled one character name from my novel Crooked Moon. It is the name of a jazz pianist who has no dialogue and is only background. In my story “First Date,” Marv Jackson is a bartender, and I make reference to the fact that he is a jazz pianist and I mention the location that was a big part of Crooked Moon.

Short stories are deceptively difficult, both to write and read, and even harder when they intertwine. What made you want to take this challenge on?

While this is the first book I’ve written that is not a novel, I think the novelist in me wanted to give it the feel of a novel. I wanted to tell individual stories, but as the characters are all in the same setting, it makes sense that some of their lives would intertwine. Sometimes, I knew that a character’s story would unexpectedly (for the reader) continue, but other times, I didn’t. In fact, I’d say that some of the biggest surprises in the book were surprises to me. And those are always my favorite kind.

So, while this is not a novel, I do let readers know that the stories should be read in the order that they appear, just as chapters in a novel are. That said, I didn’t write them all this way, which meant I had to go back with a careful eye and make sure that information given in one story didn’t contradict another. That definitely added a degree of difficulty, but not a major one. And for the record, unlike some authors, I always write novels in a linear fashion.

Another reason I wanted to take on this challenge was that doing a book of short stories allowed me to work with characters and situations that piqued my interest without building an entire novel around them. But writing short stories also means that you have far less time to present your story and your character … and to get things right. Maybe it’s a slight rewiring of the writer’s brain.

Can we expect to see more short stories from you and/or more of the HO universe?

Well, my brother was a big fan of the last story, “Ellmore P. Badget’s Most Unusual Day,” and told me that the story would make a great prequel to a novel. Taking a closer look, I realized that he is right. (There’s a first time for everything.) As of right now, I have no plans to write that novel, but I can never say never.

I would, however, love to write another collection of themed short stories set in a different location. That’s in my head all the time, but I haven’t found my starting point yet. But yes, that’s something I’d very much like to do. 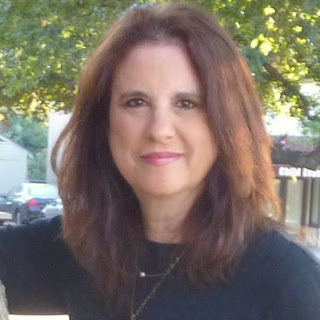