An Interview with Erin Cawood, author of Tainted Love


Erin Cawood's book Tainted Love was the best fiction I read in 2012.  As I mentioned in my review, she did an excellent job of showing how an intelligent and independent woman found herself in an abusive relationship and how she later found the resolve to leave.

Cawood and I chatted last month about this story and what we can expect from her- and her characters- in the near future. 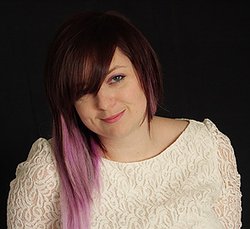 What made you decide to write about domestic violence?

I wish I could tell you I made a conscious decision and I planned and penned Tainted Love because I wanted readers to understand how easy it is to fall into a relationship such as the one Faith has with Calvin. But to be honest I was skirting around the real issue writing the re-titled second in the series Behind Closed Doors. I didn't have the courage to go in that deep dark forest myself. Then one night, in fact it was 12:30am May 29th 2012, I'd climbed out of bed and gone into the office to distract myself from a panic attack by writing. I was writing a scene where Faith's brother, Darryl is remembering what Faith wrote in her journal - the first letter he receives from her - when the following words just flowed

Big hands grabbed at my wrist, forced me to turn and tumble back to the floor below. I landed on my knees. He hit and he punched and he kicked and he stomped. He didn't stop.
He screamed, "Is this how you repay me?"
What for? What had I done? Blow after blow, he kept repeating it until I was a ball of trembling skin and bones at his feet, long past the point where I felt nothing. He didn't stop.
I prayed for death. I prayed that God would help me. I asked Him to rescue me and when He brought the darkness to gather me, I knew never I'd wake up again.

I dropped everything I was doing and two weeks later I'd written Tainted Love.

Faith's relationship with her abuser begins in the late seventies.  How might her story play out differently if she were thirty years younger?

I don't think Faith's story would have played out much differently. Abuse is about control, possession.  As much as Faith believed Cal married her because she was pregnant, and in some parts this was a sign of the era they lived in, he'd still do it the modern society of today. He doesn't want anyone else to have her. He made that clear on the beach when she first walked away. Besides, Cal has been married before and without giving too much away about the future story lines,Georgia has some tough lessons to learn about kind of man her Dad really is.

One of the most appalling things in Faith's story is how much she suffers while pregnant.  What made you go there?

In your research, what was the most disturbing thing you read?  Did that influence what you wrote?

You know, I live quite a sheltered life and my research only really dipped a toe in the pool of whats really out there. I read about sexual abuse such as being forced to perform sex acts on live webcams. If its not bad enough for the victim already the perpetrator makes it public?  That makes me shudder.  I also read about physical abuse, in one case with a leather straps in front of children, or to children, and while holding babies - and I think that influenced Faith's desire to protect her children from Cal's darker side. The only time she ever stands up to him is to defend her children.

It's what came after I wrote Faith's story that has affected me the most. The number of readers who have reached out to me through Faith's story... I've learned the hard way that the 1 in 4 women affected by domestic abuse is not a statistic. It's a startling reality and this is why I am donating 50% of the royalties from book sales to various domestic abuse charities is the UK and Abroad.


At some point, Faith seems to lose her regard for her own dignity, but she tries very hard to protect her children.  Is that possible?

Faith believes this shift in her marriage is temporary. That she just needs to ride it out.  After all, Calvin came back around after all the other children were born. She also believes that it is her fault and she's brought this on herself, therefore she must protect her children from her mistakes. They are innocent in it all. Faith does get what she wants and Calvin comes back to her.

Do we get to see more of the characters you introduced, particularly Faith's children?

Yes, Tainted Love is just the pebble in a lake and Valentina Secrets is the ripple effects of Faith's Story on the lives she touches. Book two in the series, Behind Closed Doors is scheduled to be released at the late March/early April and it follows Faith's younger brother, Darryl. It's set seven years on from the end of Tainted Love, and Faith's children are all grown up, the youngest are now turning sixteen. There are ten books in the series in total one for each of Faith's children and some for Valentina sisters whom you have yet to meet.

When you say "ripples", it makes me think about the after-effects of domestic abuse.  As a writer of fiction, that's some rich territory, but that must be very hard to delve into.  What were some of the after-effects you found for the children of abuse survivors and, without giving too much away, what might we expect to see for Faith's children?

That's exactly what I mean. So without giving too much away... In Behind Closed Doors, Darryl has set up a charity for victims of domestic violence, triggered by the events that happened between Faith and Calvin. Now those ripple effects have just spread a whole lot wider. In this one book alone there is Darryl's relationship with Julia, add an extension to her family, and extend it again to Julia's best friend Krystal Valentina (who has an integral part in the entire series) and once more to Krystal's family.

To watch how this net filters across each life is very rich territory but you're absolutely right. It's a very dark place to go. Once you've opened yourself up to seeing this world you can't close your eyes again and it's difficult to step back from. I found myself unable to write for nearly two months because of the world I'd voluntarily walked into.

There is a lot of conflicting advice on the subject of after effects. I've read in a Canadian research paper that in 40% of homes where the wife is being abused the children are also being abused. Another startling statistic it stated was that 39% of children see their mother being abused, but when broadened to hearing or seeing the after effects of their mother's abuse this jumps up to 60-80%. This is a way of life for them. They will carry the things they see and hear with them into adult life.
Many who have come from abusive homes end up in abusive relationships themselves. Although the research into the after effects is still new, I don't think this link is as black and white as some people would like us to believe. Abusive relationships are complex. Even the most strong-willed and intelligent people can be misguided by the cocktail of their sense of love, trust, loyalty, faith, the abuse, and the abuser's promises to change.
So without giving too much away, I'm exploring the effects of what happens when a abused wife eventually snaps, Calvin's first marriage and the unanswered question of what really happened to his first wife. I'll be looking at Caleb's desire to protect his siblings from their father and Georgia's desire to protect her father from Caleb. I'll be taking a deeper look into Calvin's indifference to Caitlyn and Zoe. And you'll learn all about what Lisa's been up to as soon as you open Behind Closed Doors so I won't spoil that for you, LOL! But over the next nine books you can expect unexpected grandparents, tears, tantrums, sibling rivalry, taking sides, declarations of war, and one or two visits from the grim reaper.  Not all of my main characters are safe.

In my opinion, Calvin was monstrous, and watching him become that way was sickening.  But did Calvin have his reasons?  He grew up- or so he claimed- in an abusive household himself.

You'll have to wait and see. I explore the motivations of his character and those of others with abusive tendencies throughout the series.

What did Faith need to get her away from her abuser earlier?  What can we do in real life to help domestic abuse victims?

That's a tough one because Faith needed to understand that she wasn't the one at fault. In a case like Faith's, where the progression of abuse is slow and the marriage disintegrates over many years, its difficult to say exactly what or when Faith could have been helped. Uncle Robert tried. He tried for years, even risked his own marriage, until Calvin found a way to get him out of their lives. Faith could live with Calvin's flaws as a husband because she believed she made him that way and he was a great father. The moment he failed as a father, the moment she realized how far he'd go in the end and that she was failing to protect her children from the man he really is, she ran. But that didn't stop Cal from pursuing her.

In real life, victims of domestic abuse need support. The control and manipulation exerted by an abuser is so great that it takes a lot for a victim to speak out. Some never do. So listen, be a confidante. They need someone so they can trust. Do research and let them use your internet to gather information for their own safely. Although it is the obvious and safest route, the last thing they need you to do is to tell them to leave. I hope through Tainted Love I've shown its not as simple as walking out the door. If they are ready to leave, they need you to help them make plans. Getting out safely, having somewhere to go, money, food, a way of getting there, clothes, etc. are all paramount to a successful escape plan.

Do your research, there are many charities and helplines available online to help.
Posted by Anonymous at 2:00 AM