The Ghosts of Alex Sheldon: A New Pioneers Short Story 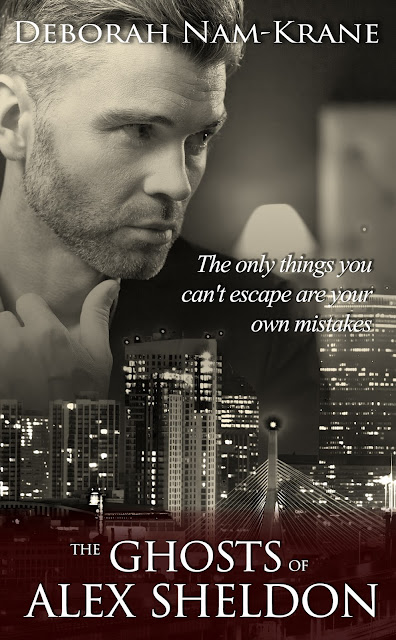 “I changed for you,” he whispered.
“But not until I was gone.”
He didn’t have to turn around for her to be right in front of him. He caressed her beautiful, soft, porcelain face. The most beautiful woman he had ever seen, before or after. “You didn’t trust me,” he said weakly.
“Be honest, Alex, if only here,” she whispered. “You didn’t trust me.” She fluttered her blonde lashes over her spring-green eyes. “Now why was that? Don’t say because I was secretive, because you know that’s not it.”
“Because I know what lying looks like,” he said. “And I know what half-lies look like too. I knew you weren’t telling me the whole truth, and I knew that you were going to hurt me with it.”
“But I wasn’t,” she said earnestly.
“If I could go back to that day—”
“Which one?”
“Yes, Alex, which one?” Jim Hendrickson was sitting on the couch now. He was upright, polite; his tone wasn’t accusatory, but then it never had been. “Which day would you redo?”
“Was it so awful?” Alex heard himself shout. “Didn’t you get what you wanted?”
“What I wanted?” Jim sounded quizzical, almost confused. “I didn’t know what she was, but you did. Did you honestly think I wanted someone who would never love me as I loved her?”
“Jim...I thought you’d find someone else after a while. That’s not unusual.”
Stephen scoffed. “Alex, come on.” He’d forgotten that Stephen was still in the chair, sipping his drink. “Does that sound like Jim or Gerald?” Gerald stood behind his son, his arms folded across his chest.
“You never asked me,” Alex said forcefully to Gerald. “You just wanted it done.”
Jim lightly shook his head. “Don’t bother; he’s not going to answer to you now anymore than he did when he was alive. You’re going to have to talk to us.”
Alex ran his hand through his hair. “What if you hadn’t married her, Jim? Do you think you would have figured out that she was gay? No, you would have been clueless. You would have gone through life wondering ‘what if’ and anyone who came after her—if anyone came after her—would have had to have lived in her worthless shadow. And you wouldn’t have had your son—”
Jim’s eyes always twinkled when Richard came up. Those were the only times that Alex despised him. “Did you really think my son would let you buy him off?”
“No,” Alex said spitefully. “Richard was always better than all of you.”
“He had to be if he was going to survive, especially after you made sure I wouldn’t.”
Alex flushed. “I didn’t know—” but he couldn’t finish once he saw the pistol in Jim’s hand.
“Survival depends on many things.” Josie was sitting in the chair opposite Stephen. So delicate...why did she have to have those bruises on her arm, even here? “Sometimes it’s just luck, right, Alex?”
“I didn’t know,” he said quickly.
“Really?” Her bruises darkened. “You didn’t know what he was like?”
“Be honest,” Stephen said softly. “Everyone knew what Tom Bartolome was like.”
“I didn’t think...I thought he’d calm down.”
Jim snorted from the couch. “Because of the little girl he married, or the one she gave birth to?”
Stephen was incredulous. “The man who thought it was funny to rape someone who didn’t like men was going to ‘calm down’?”
Tatiana was silently crying. “This was it,” Alex said. “This was what you’d never forgive me for.”
“I could have helped,” she said sadly.
“No, I don’t think so.” There she was. She always came eventually. Annabelle stood by her husband Stephen’s chair. He put down his drink and took her hand. “What could anyone have done?” She nodded appreciatively at Josie. “You did the best anyone could have.”
“Anna,” Jim said disapprovingly to his sister. “Murder?”
“Think of the trouble it would have saved if someone had done in him,” she said. All eyes turned to Alex. “We might all still be alive.”
Josie leaned forward. “Don’t you remember, Jim? It didn’t work. Tom got me in the end.”
Now Gerald snorted. “Bartolomes are survivors, for better or worse.”
Alex stepped forward. All he could see now was Gerald. “And so am I.”
Gerald smiled. “But what do you have to show for it?”
Everyone was gone. It was just him, as it always had been, as it always would be.
“What do I have to show for it?” Alex repeated to himself.