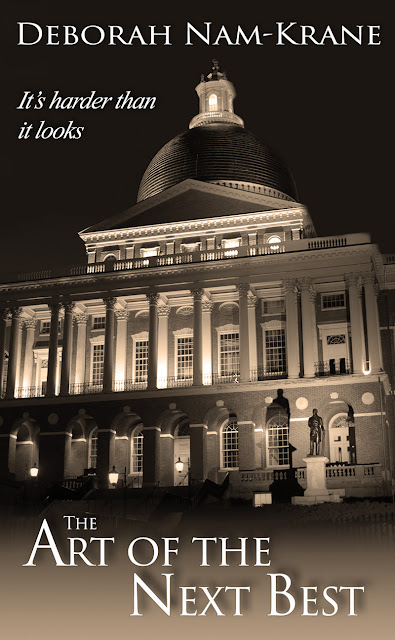 Martin Shepard could live a sheltered life in academia with his wealthy fiancee Jessie Bartolome, but he’s seen too much to settle for comfortable. The wounds Alex Sheldon inflicted on Martin’s loved ones have finally healed over, but what if they weren’t his only victims? Finding out that Alex was enabled by the political network he’d carefully built over time might disgust most people, but maybe that double-edged sword can work against him too.

If politics is the art of the next best, shouldn’t everyone in it start with a dream?

"Tell me about David Hwang," Martin asked when he met Zainab for coffee a week after the Sox game.
Zainab smiled and sighed. "A nice, smart guy who could have done a lot of things."
"One of the few people who wasn't a total scumbag from SGC?"
Martin never understood why Zainab's face flushed a little bit every time someone brought up the University's Student Government Council. "Yes," she said after a moment. "He liked hard work, and he did it well. He was elected president for a reason."
"And he was working for Lucy for a while, right?"
"Yeah, but don't ask me to explain that relationship." Lucy was Zainab's mother-in-law and Jessie's aunt and guardian. “Distant parent” was an understatement. She kept firmer boundaries than anyone else Martin knew, but the few times she had mentioned David Hwang it had been evident that she felt the kind of affection for him that most people reserved for a child who had won their respect as an adult. If Richard and Jessie had had a closer relationship with Lucy they might have been resentful; as it was, they were pleasantly surprised that she could form normal relationships.
"It seemed like he did what he was expected to."
"And if you work for her, you're expected to be phenomenal." She smiled again. "I was more impressed by what he did as a community organizer. That car sharing program was a great idea and it's still helping a lot of people."
Martin laughed. "And the fact that it shamed a lot of other people didn't hurt either."
Zainab snickered. “He had my vote after that, for sure.” She pursed her lips. "Why are you so interested in David? Weren’t you guys in the same department?"
Martin shrugged. “Probably, but he was taking all the hard Honors classes before I decided to get serious.” He smiled. "But I still voted for the man when he ran for councilor and mayor. I don’t think I’ve ever felt so bitter after an election.”
“Don’t get me started,” Zainab said after she sipped her latte. “He was thisclose, and instead we got Jack Donnelly, whom the Globe basically endorsed as Cervino Two. There are some things I will never understand.”
“Mmm,” Martin vocalized. “So tell me how married life’s treating you and Richard so far?”

"I'm currently bingeing the 4th season of "House of Cards," and I must say this novella fits right into the frame of mind that goes hand in hand with that show. Just these few pages has me geared up and ready to go, playing "spot the backroom deal," "whose hand is in whose pocket," and so forth. If this is a lead-in for the 5th full book, go ahead and sign me up!" Kristin Scearce