Justice, Mercy and Other Myths (Book 7 of The New Pioneers) 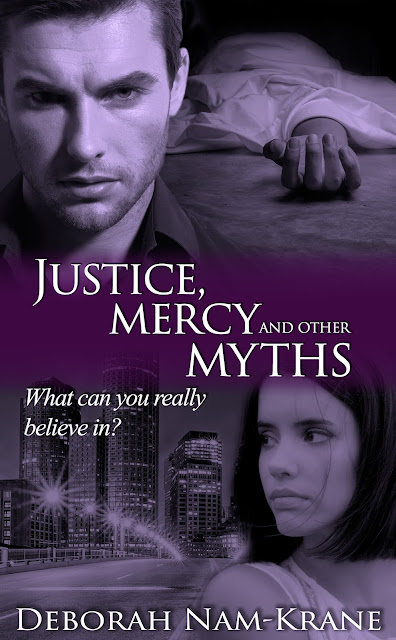 Everyone needs to be careful what they wish for, because solving the murder is nothing compared to living with the answer.

Robert could feel his heartbeat in his throat. “Are you with her?” Zainab asked gently.
He could see Richard tensing. How he’d love a rematch, but not tonight. “You could say that.”
“Then don’t let her out of your sight while she’s with him,” Miranda hissed. “The painting she mentioned is upstairs in the European Wing. Go.”
“Yeah, thanks,” he said as he ran the bottom of the stairs.
Of course there was more than one way to get to the European Wing. You could simply walk through the long corridor on the second floor, but that was the quickest way. Robert was halfway through when he realized that Hannah would make sure they took the scenic route.
He cursed under his breath and ran back to the top of the stairs, then made his way through the Asian and Contemporary Art wings. They could have gone through the Art of the Americas, he knew, but that would have taken them less time.
He finally heard their voices when he was in the Rotunda from the hallway gallery to his left. He walked to the entryway and slowed his breathing so he wouldn’t be heard.
“And what brought you to Thailand, exactly?” Sheldon asked.
“The same thing you were there for: the shrimp business seems to have gotten a new lease on life in the last few years.” He could imagine her airily answering him. “Quite the investment for someone with an eye for those things.”
“Indeed,” he answered. “Almost as much of an infusion of life blood as the Bangladeshi economy seems to be enjoying.”
“Sometimes, though, it pays to be patient. Remember what everyone was saying about the BRIC countries a few years ago?”
“Tsk tsk tsk,” Alex vocalized. “It’s all about timing.”
“So true. And let’s not forget luck. Amir Abassadi was so lucky to get out of Boston before the Feds closed their net. And the timing of those protests in Hong Kong was even better, wasn’t it?” There was a pause. “I’m sorry I had to cancel my trip there; I know you were hoping we’d be able to meet up.”
Amir Abassadi? Hilary Sayles’s husband? This had gone on long enough.
“But now we’re both in Boston,” Alex answered as Robert walked in. He stepped closer and for a moment, Robert thought he saw Hannah’s smile drop a fraction. “Perhaps we can take care of our business here.”
Hannah looked at him with wide, innocent eyes. “We just might.”
“Time’s up,” Robert said as he came up to them.
Robert had never seen such a condescending smile. “You might want to get a less jealous bodyguard, Miss Bruges.”
Hannah took Alex’s hand as if to shake it. “I like all the protection I can get for my family.”
Alex looked up at the painting of Bacchus and Ariadne over their heads. “Just like Bacchus, coming to Ariadne’s rescue after Theseus abandoned her.” He put Hannah’s hand to his lips. “Do give my regards to your niece.” He dropped her hand and waved to Robert. “Goodnight, Detective.”
The smile faded from Hannah’s face as soon as Alex was out of sight. She rubbed the spot on her hand that Alex’s lips had touched her against her dress.
Robert closed the distance between the two of them. “What the hell are you doing?!”
It was the only time he’d ever seen one of her façades crack. “Want to tell me why you’re stalking me?”
“Stalking...” Robert repeated. “Here’s a tip: if you don’t want to draw attention to yourself, don’t follow two people under surveillance for major crimes. And especially in a dress like that!”
“Do you have other wardrobe suggestions?”
“Stop stalling!” Robert demanded.
Hannah pointed at his chest. “He confirmed that Amir Abassadi died in Hong Kong. Odds on bet is that he killed him. Happy?”
That was interesting... “Why? And how do you know, and more importantly, how do you prove it?”
“Because he’s a monster, none of your business, and I don’t have to. Oh, and one more thing: stay out of my way!” She ran into the Rotunda, down the stairs, and straight into a noisy crowd. By the time he caught up with her, she was running out of the exit and into a cab.
He cursed under his breath as he walked to his car. He would deal with this later. He picked up his phone and dialed.
“Aren’t you off?” Baptiste asked when he picked up on the other end.
Says the man who hasn’t left the office yet. “This is good enough to come back in for. I just got a tip that Amir Abassadi was murdered in Hong Kong.”