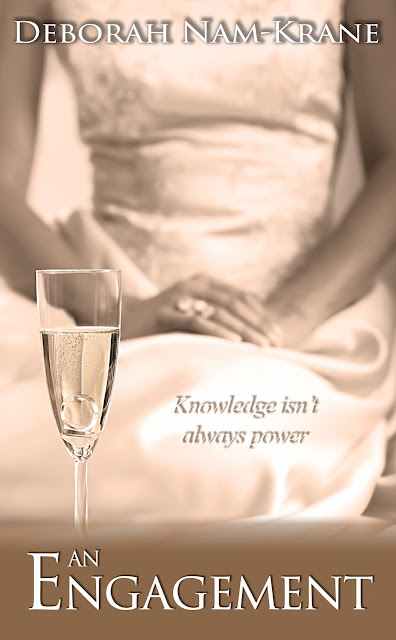 Annabelle Hendrickson always knew Alex Sheldon couldn't be trusted, but even she couldn't have guessed how far he was willing to go to get what he wanted.
No one was as decent as her brother Jim, but Stephen Abbot had a kind soul behind his mischief. She could accept his reprobate father- he'd be dead soon anyway- but she would never accept his longtime friendship with Alex, her father Gerald's ambitious employee. Annabelle knew it was just a matter of time before he stepped on someone she cared about.
What a pity she didn't realize who that person would be- and who was going to give him the opportunity.

Gerald liked to give the impression that he arrived late and left early, but the truth was that he usually stayed at his firm until six o’clock. Jim, on the other hand, got into his office early and left on time. Annabelle always had thirty minutes alone with him before their father came home.
She jumped out of her seat when Jim came through the door, took his coat and handed him a drink before he could say anything.
He grinned over his glasses. "Hello to you, too."
"Um, how was work?"
"Stop, start. Hurry up and wait. The usual. What’s going on?"
"Stephen asked me to marry him."
Jim put down his drink and hugged her. "Congratulations! And let me guess, you want me to break it to Dad?"
She pulled away and shook her head. "Of course not. I’m a grown woman. Which is exactly what I’m going to tell him."
"I don’t think that’s going to be his problem."
"Oh, Jimmy, do you really think it’s going to be a problem? I don’t want Daddy to pull one of his little aces out."
"Anna, it’s 1980. What could he do?"
"Cut me out of his will, and then Stephen would be dependent on his father even after he’s dead."
"I won’t let that happen."
"You’re taller than Daddy, but I’m afraid that’s all you have going for you in a fight with him."
"If he did something pig-headed like that, I’d make sure you and Stephen were taken care of and you know it."
Annabelle hugged her brother again. He was kind like their late mother and intelligent like their father, but she had no idea where his decency came from. "How come I’m the only woman in Boston who knows how wonderful you are?"
Jim groaned. "Don’t you start in on me too!"
Annabelle stepped back. "Did Daddy say something to you today?"
He nodded. "He hasn’t given up on Lucy."
"Don’t listen to him. She’s cold-blooded."
"She’s doing a lot of fundraising for her alma mater."
She scoffed. "You mean her little family university?" It had been Lucy’s grandfather’s idea to buy himself a little credibility by establishing a university in Boston so people would look past the name and the origins from...Louisiana.
"Be nice. Her father didn’t let her go to Sarah Lawrence. Honestly, I think he wanted to make sure she could keep an eye on Tom. And didn’t a certain someone graduate from there too?"
Annabelle’s stomach turned at the mention of Tom Bartolome. Stephen had ended his friendship with Tom within two years at the university. Annabelle knew Stephen hadn’t been a saint in college, but Tom was in a class by himself. He was a guarantee of a bad date, among other things. Of course, Alex had no such qualms, and as far as she could gather he still saw Tom frequently.
"Remind me what you see in her?"
"She has very intelligent things to say."
"I see. You love her for her mind?"
"Why do I put up with you again?"

"I always wanted to know more about the older generation of characters in The New Pioneers series, and I got my wish! This short story is a must-have for fans of Deborah Nam-Krane's fantastic series. You get to know a few of the characters better, and also get a glimpse of what's to come in The China Doll. It's not long, but it's packed with lies and cover-ups and twists, elements that this author's fans love about her writing." Caroline Fardig