The China Doll (Book 3 of The New Pioneers) 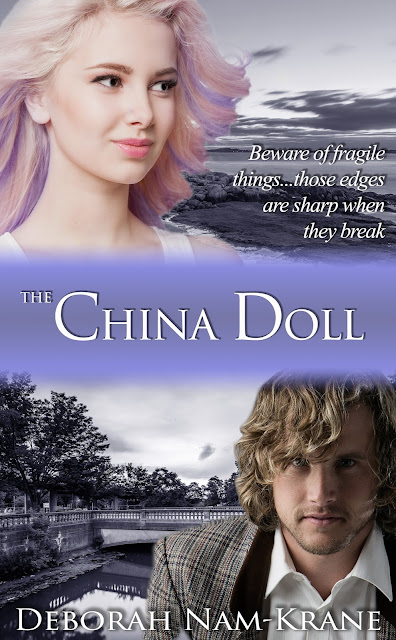 Hypocrisy, half truths and lies...

Sick of being treated like she's going to break, Jessie Bartolome is back to her old ways and calling everyone on their hypocrisy. Sheesh! One little breakdown and even easygoing Martin Shepard thinks she's too fragile to handle their age difference. Good thing her older and equally yummy teaching assistant Robert Lester thinks otherwise…right?

After spending so long cleaning up after everyone else, Jessie's cousin Richard has never had the time to start a life of his own. However had he managed to find his girlfriend Zainab? So what is Richard going to do now that everyone else has grown up? Marry Zainab and start a family? Things have never been that easy for a Hendrickson…just ask his cousin Michael. Richard's mother, Lucy, is one of the most powerful women in Boston... so when is she going to put a stop to the blackmail ruthless Alex Sheldon has been holding over her for years? And if Richard knows more than he's letting on, why hasn't he gone after Alex himself? The question is, how much does he—or anyone else—really know?

Welcome to the Bartolome/Hendrickson family.

"Mystery, family drama, forbidden love… The China Doll has it all! The third instalment of The New Pioneers series starts off exactly two years after The Family You Choose ends. It’s Helen Louise Graham’s second birthday! Emily and Mitch are parents… God help us all! I’m not judging, but I don’t think they’re coping very well.
But I’m getting ahead of myself. This time, the story revolves mostly around Jessie Bartolome the once youngest member of this family until Helen’s arrival. She’s old enough to vote now and goes to university. After all that happened to her in the last book, you would think that the author, Deborah Nam-Krane, would give her a free pass, but that’s not how genius work. Jessy is in for the ride of the life because whether we like it or not, she’s in the centre of it all. How about that for mystery! (No spoiler)
Of course, there is drama, enormous, jaws dropping, eyebrow raising, Oh no, he didn’t! saying drama. Mitch is being is usual self, and I love him for it! Classic Mitch… Emily is always in other people’s businesses, classic Emily… Miranda is still dealing with her very unhealthy love triangle, classic Miranda… Then you have Zainab and Richard to soften or harden the blows… or not, classic, classic and classic.
It’s great to have the whole cast back and finally getting to the heart of their issues, while creating or rekindling new old ones… classic Pioneers! I love this series and I have been recommending it to everyone. I will keep doing it so until the words best sellers are attached to it!" Danielle-Claude